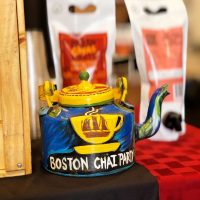 I’m a 35 year old woman who has lived in New York and Boston since the age of 3 years old. I was born in India and was sent there every summer holiday as far back as I can remember. I loved my summers in India where I got to bond with my cousins, grandparents and relatives. Spending time in the bustling, colorful and chaotic city in Delhi was something I looked forward to all year long while growing up in the isolated suburbs of Long Island, New York.

In hindsight, everything wasn’t as rosy as I thought it was. I was constantly reminded that my skin was dark and questions were asked by relatives and family friends as to why it hadn’t gotten lighter even though I was living in the United States. As if being around white people would make my skin lighter. I remember feeling uncomfortable, ashamed and at even at the age of 8 and 9 years old being “recommended” various face masks, lightening creams and foods that would make my skin “glow” (also known as whiter). Also, I was suggested to not drink chai because elders thought the dark color of tea would also turn my skin darker. While chai is often talked about fondly in Indian culture as something you do with family as a break in the day, or during weddings or heck-any occasion, I was suggested to drink milk or juice. As I developed an inherent self consciousness about my skin color from my own community, I would instinctively refuse when asked who wanted to drink chai even as I grew older. Up until the age of 23, I barely knew how chai even really tasted.

Perhaps incidences like this are why many first and second generation immigrants shun their own culture when they are younger and try to be as Americanized as possible. Desis need to do a better job of ensuring that we don’t internalize post-colonial white skin fetishization.

Around the age of 23, I went to a very hip and trendy cafe in Queens, New York with a couple of friends. It was a beautiful summer day and we wanted iced lattes. When I looked at the menu, I saw there was an “Iced Chai Tea Latte”. I was very intrigued! Here I was without relatives around with two of my white friends and I could order whatever I wanted. It sort of reminded me of India and at the same time was in a cool coffee shop where no one could tell me not to drink it or associate it with my skin color. I ordered it and loved every single sip. I was never a coffee lover and the taste of ginger, cinnamon and other spices felt new and yet familiar at the same time. Since then, I was hooked. I started trying chai lattes at every coffee shop I could visit and certainly had some not great ones (ahem…a certain chain that uses an overly sugary syrup) as well as some amazing ones. In 2014, I moved to India for 4 months in a brand new city where I knew no one. I rediscovered REAL Indian chai in the city of Bangalore during the months that I went to street food vendors at night with my new local friends, during tea breaks at the office with my new Indian coworkers, and at home in my apartment where I would make chai for myself. 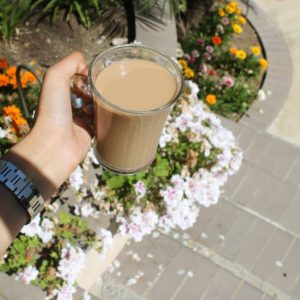 As I rediscovered chai, I realize that I shed my own personal self consciousness and conditioning. Although I still instinctively do not have chai with relatives to this day (I hold no grudges…they are the most loving family anyone could ask for), chai is something that I’ve made my own.